Welcome to the final post in my weekly Wednesday tour of our own home.  By popular demand, if you can count about five people as ‘popular demand’, today I’m sharing Mr. Q’s home office space despite the fact that it is not terribly picturesque.

I have to admit, while I was in there taking these photos I realized that there are a few more Q touches in the room than I thought.

One of my favorite things is the framed trio of old plat maps that are hanging on the wall.

I found the frames at a garage sale and they just happened to be exactly the right size for the maps.  The maps came from an old Washington Co plat book that Mr. Q’s dad had for some reason.  When he died, we inherited the book.

I framed the three that I thought would have the most meaning for Mr. Q.  Lake Elmo, since he worked in the park there at the time.  Marine on the St. Croix, since he was born and grew up there.  And Stillwater, where he now works and spends a lot of time at his favorite coffee shop, The Daily Grind.

Another of my favorite things in the room is the union jack desk. 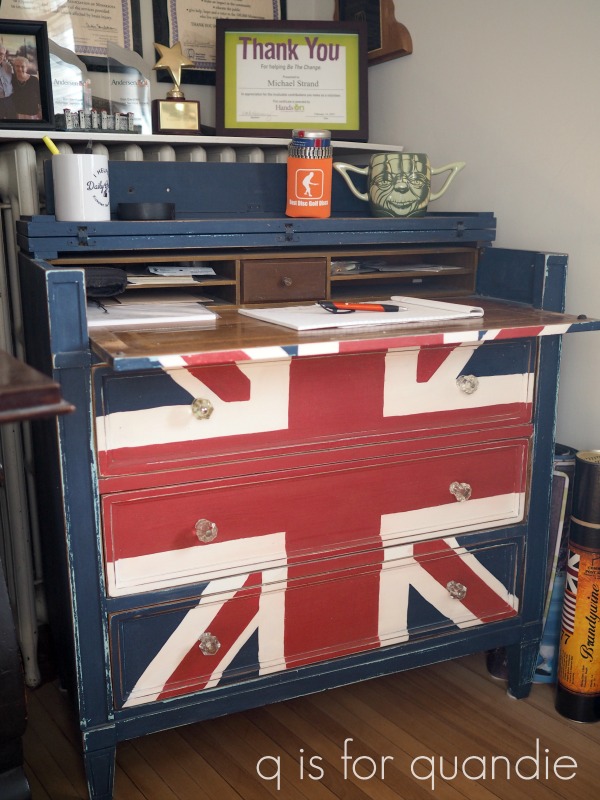 This was one of my earlier painted pieces from long before I had a blog.  And this was the 2nd time I painted it.  I originally painted it in a pretty aqua blue.  At that time this piece was in our guest room.  I probably wouldn’t have chosen to stage it with a yoda mug and an orange disc golf can cozy, but hey, you guys wanted to see this stuff!  Or at least five of you did.

This desk was a hand me down from my friend Terri.  I think it would look amazing painted, but when I suggested that to Mr. Q I believe his response was something along the lines of “it’s fine like it is”.  In other words, Mr. Q really only cares about function and couldn’t care less about form.  Lucky he’s married to me, right?  Otherwise our house would still have all of its original wallpaper in country blues and mustard yellow.  And he’d also still be wearing the same jeans he had in 1989.

Here’s the game that he’s playing at the moment. 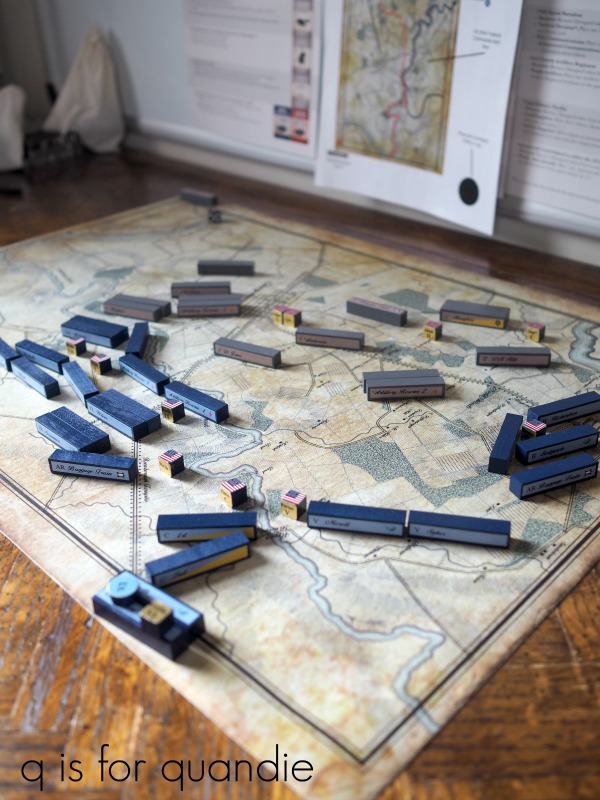 Yep, I have no idea what that is or how to play it.  But if you really want to know, leave a comment and I’m sure that Mr. Q will be happy to enlighten you.

The third desk in the room is a fabulous secretary desk that we purchased while picking up a mid-mod set of bedroom furniture.  The sellers were an older couple that were moving out of their home of 40 years and into senior housing.  We were there for the mid-mod set, but they mentioned that they were also selling this antique desk.  I jumped at it because I knew it would look amazing painted, and I love painting empire style pieces.  If I remember right it ended up taking us three trips to get all of the furniture back to our place. 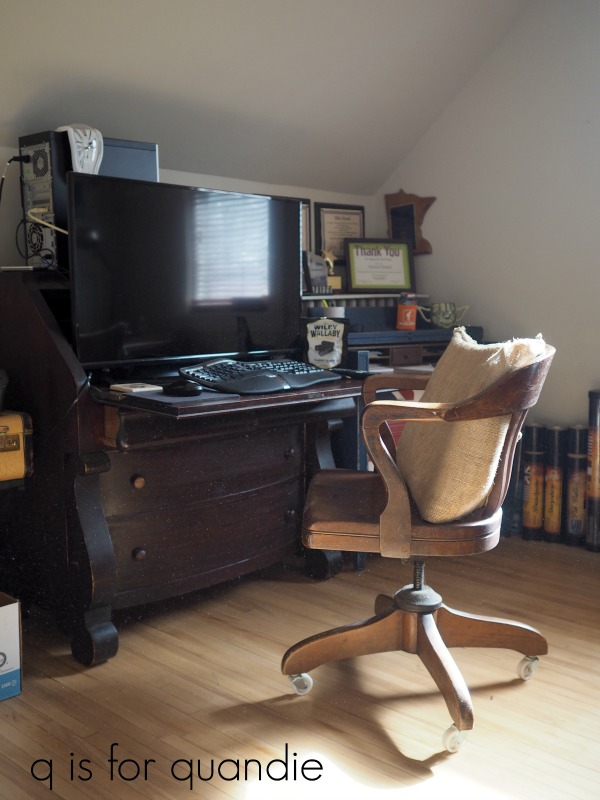 But as you can see, this desk never made it to my workshop either.  Mr. Q commandeered it for his office to hold his massive computer screen.  The library chair is another piece that I purchased to paint, but never got there.

The real pièce de résistance in the room is the recliner.

I’m sorry.  There just isn’t any way to make this chair any prettier.  Although I have to admit it isn’t quite as bad as Frasier’s dad’s recliner (does anyone else remember that show?)

There is a back story to this chair too.  It originally belonged to my husband’s grandparents, Bud & Mickey.  Mickey died when she was 98, and Bud almost made it to 101.  Mr. Q was very close with both of them.  When they moved to some senior housing near his work in their early 90’s, he made it a habit to have lunch with them every day.  And he continued that right up until Bud died. 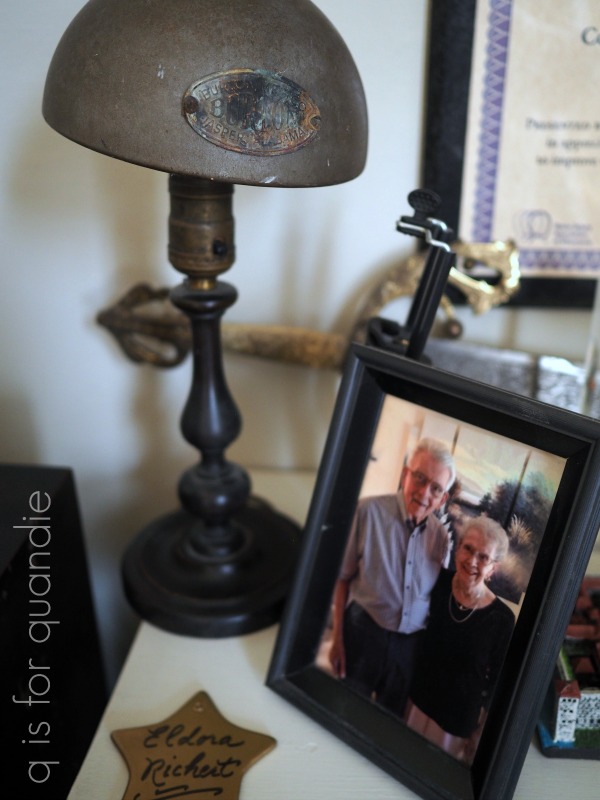 Bud and Mickey were quite honestly two of the nicest people I’ve ever met.  Mr. Q inherited many of Bud’s best qualities including his gift of the gab.

Anyway, when they started getting more frail they purchased this recliner.  It’s actually one of those lift chairs.  Press a button and the thing will lift you right out of it.  Although they paid a lot of money for the chair, neither one of them ever really liked it and they rarely sat in it.  But Mr. Q loved it.  He insists that it’s one of the most comfortable chairs he’s ever sat in.  He would always sit in it when he spent time with them.  So Bud & Mickey insisted that when they were gone they wanted Mr. Q to have the chair.

Well, I guess you just can’t say no to that, can you?

But you can insist that it go upstairs in Mr. Q’s office 😉

Well, this concludes the updated tour of our house.  I hope you enjoyed it.  I wasn’t sure I would make it all the way through.  It seemed like an awfully big task, but like so many things, if you just take one step at a time the next thing you know you’ve got ‘er done.

If you missed any of the posts, here are the links back to all of them. 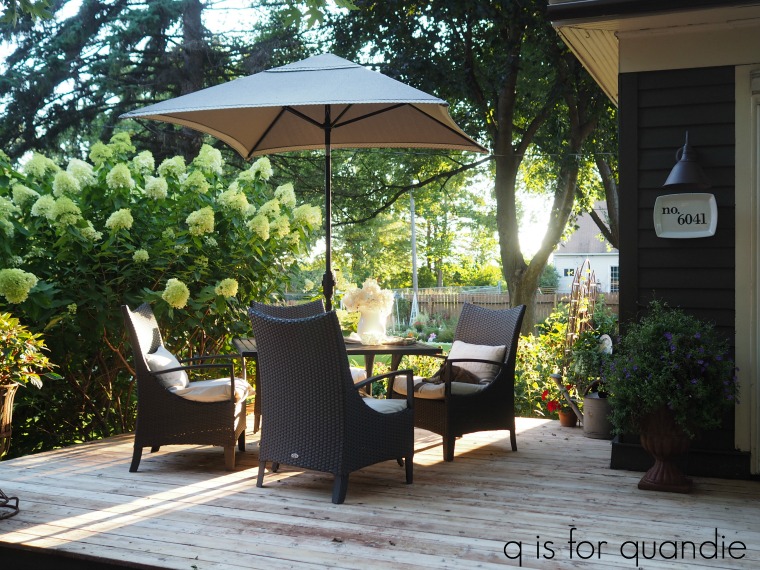 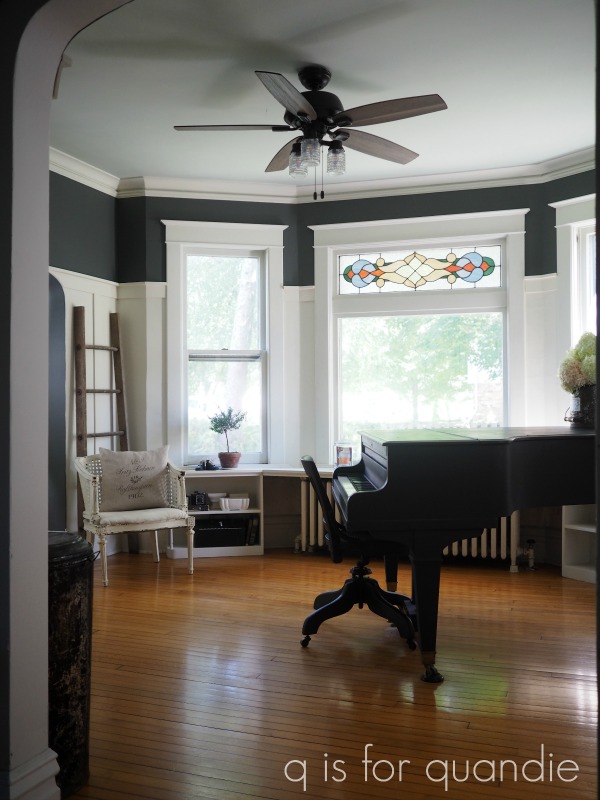 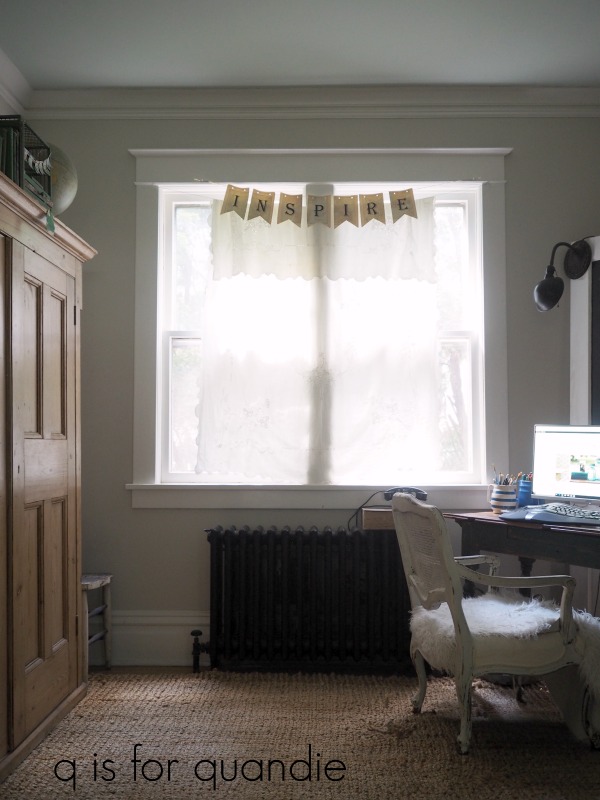 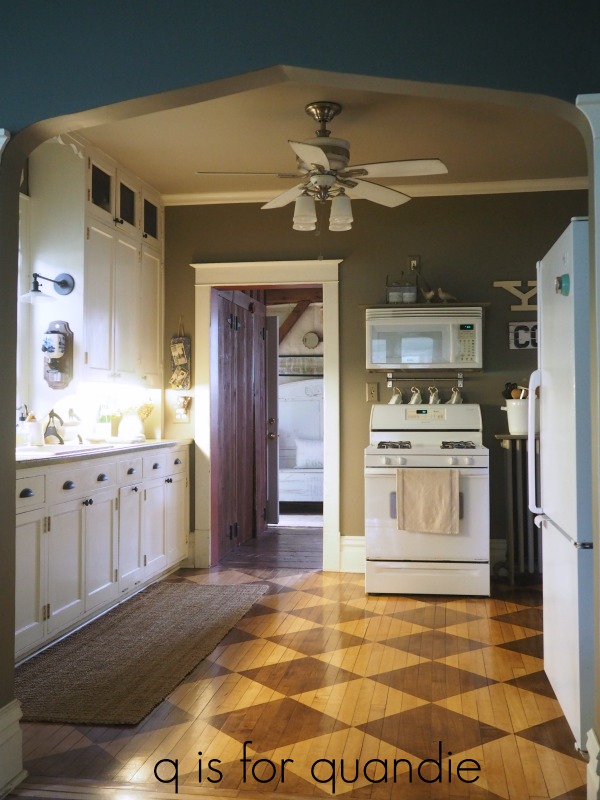 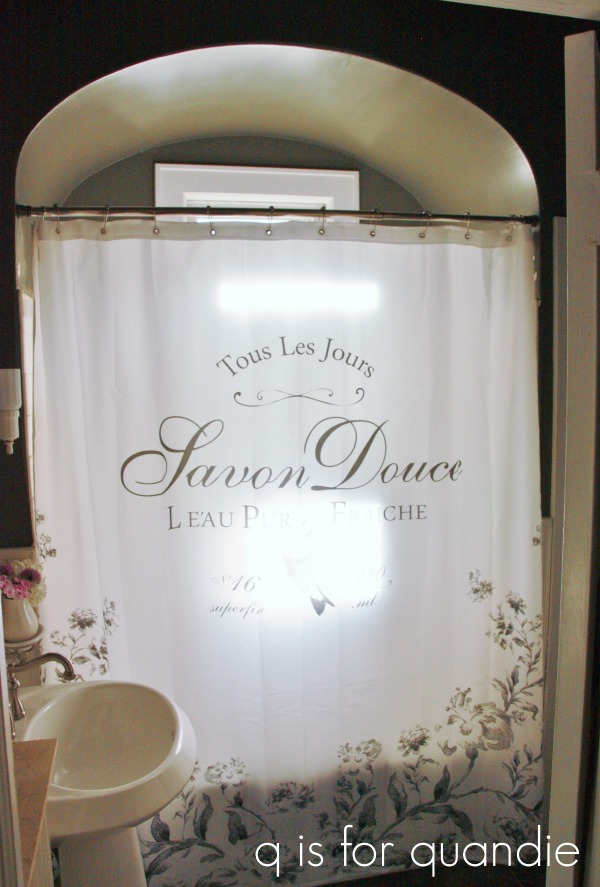 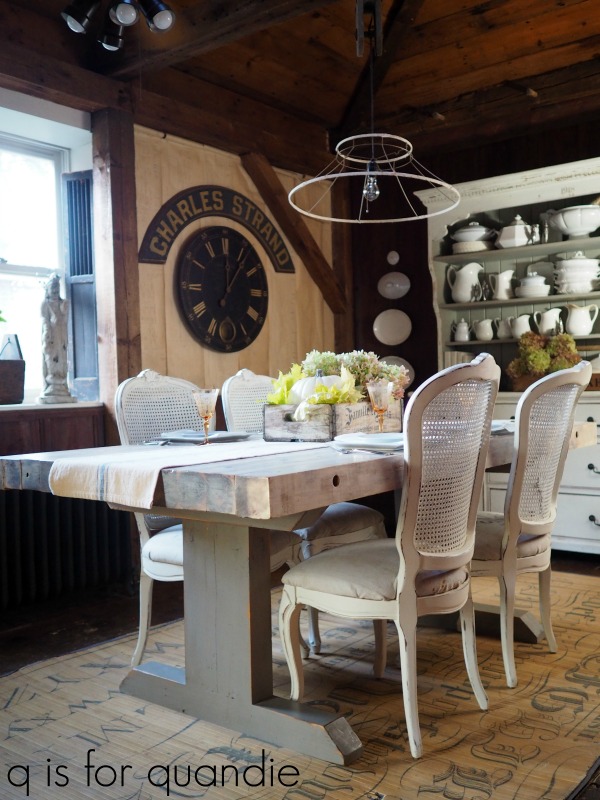 Be sure to check back on Friday, I have the most adorable trio of painted chairs to share with you guys!  See you then.

26 thoughts on “by popular demand.” 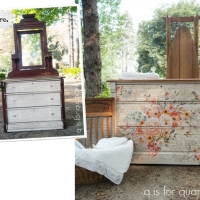 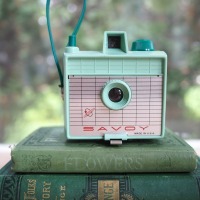