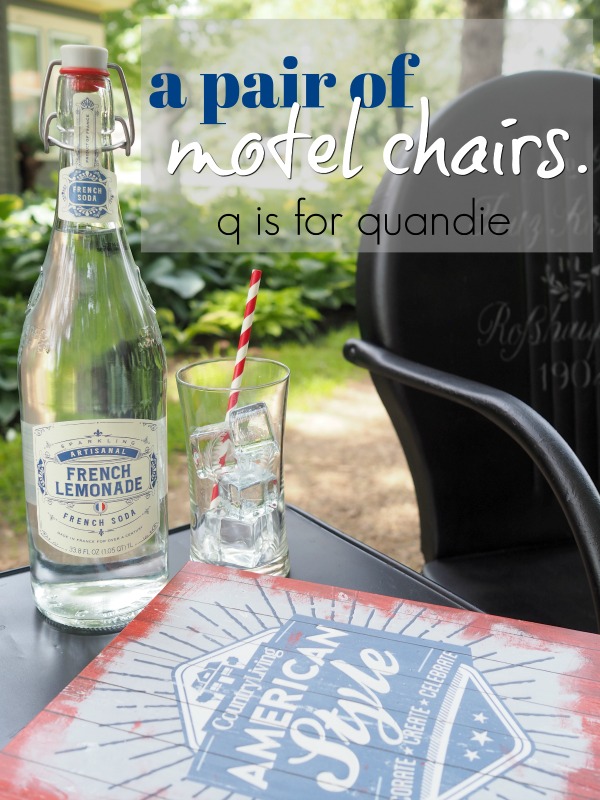 I showed you guys a terribly blurry photo of my haul from the Prospect Park sales last week. 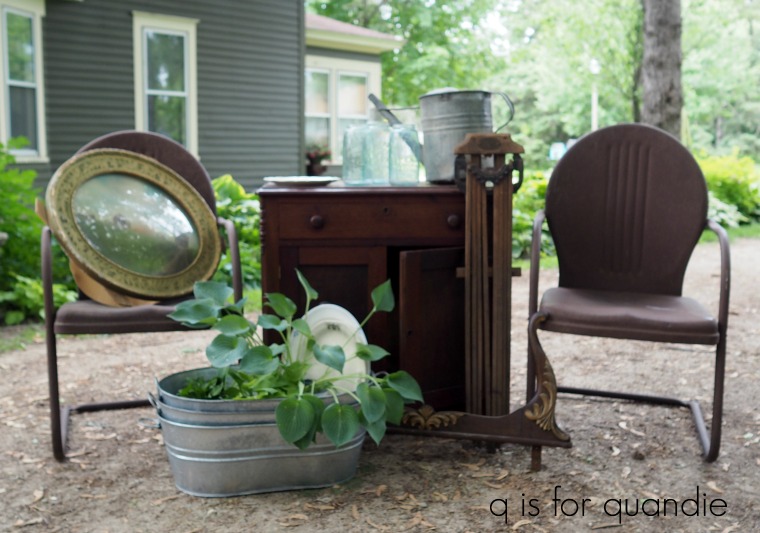 I’m afraid this will have to do for a ‘before’ photo of the pair of motel chairs that I found there because I never took a better one.  It’s a bit hard to tell, but they were painted brown.  What’s with the brown anyway?  The planters I shared on Monday were originally brown too, but from an entirely different garage sale.

Anyway, I mainly snatched these up because they were super cheap and thus too good to pass up.  Once I got them home I realized I didn’t have a spot for them and would most likely sell them.

I knew I wanted to paint them, and I thought spray paint would be the easiest option.  Since I happened to have a bunch of black spray paint on hand, I decided to go black.  I also felt black would be a neutral choice that would sell well. 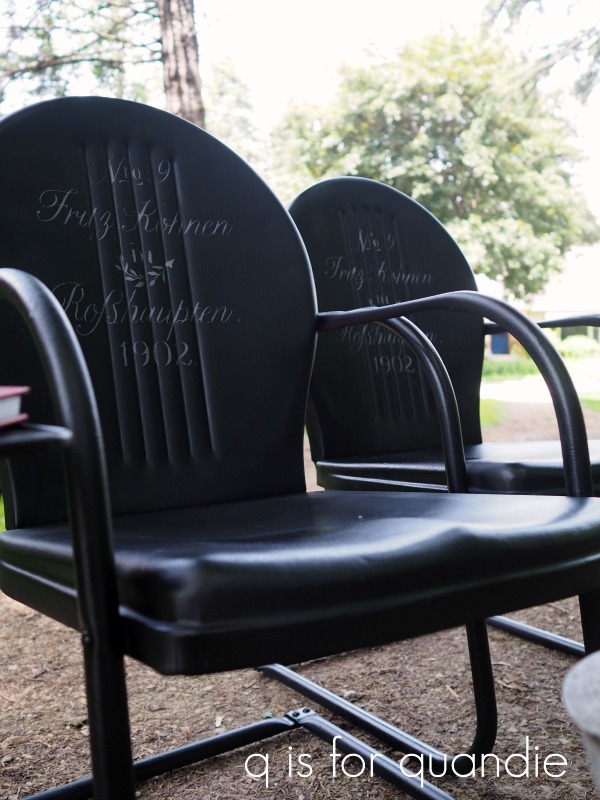 This is RustOleum Canyon Black in a satin finish.  And even with the satin finish I feel like they are just a bit too shiny for my taste.  Plus the sheen isn’t perfectly even, which bothers me.

But I went ahead and moved on anyway, adding one of my favorite stencils to the backs of the chairs. 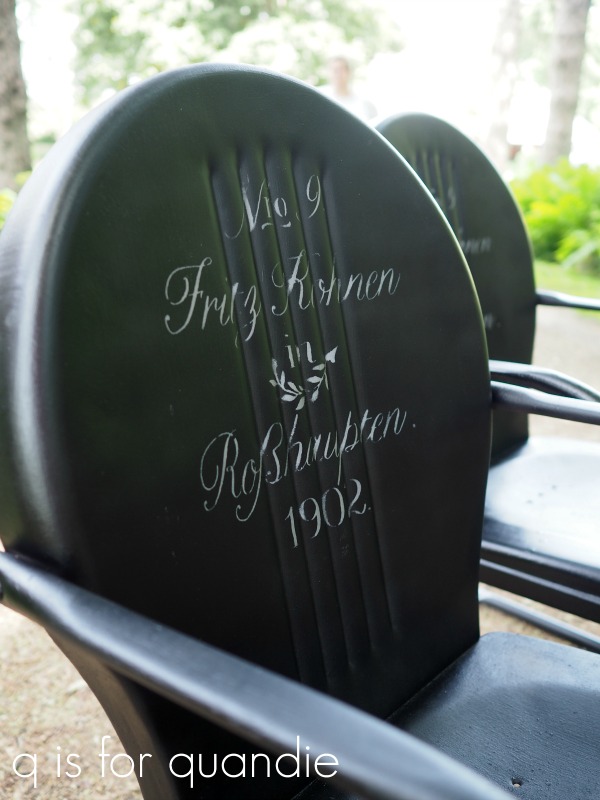 I used my normal trick of stenciling in a color called Deep Taupe, which is actually a dark greige color but reads much lighter when used over black.  This worked beautifully on my baby grand … 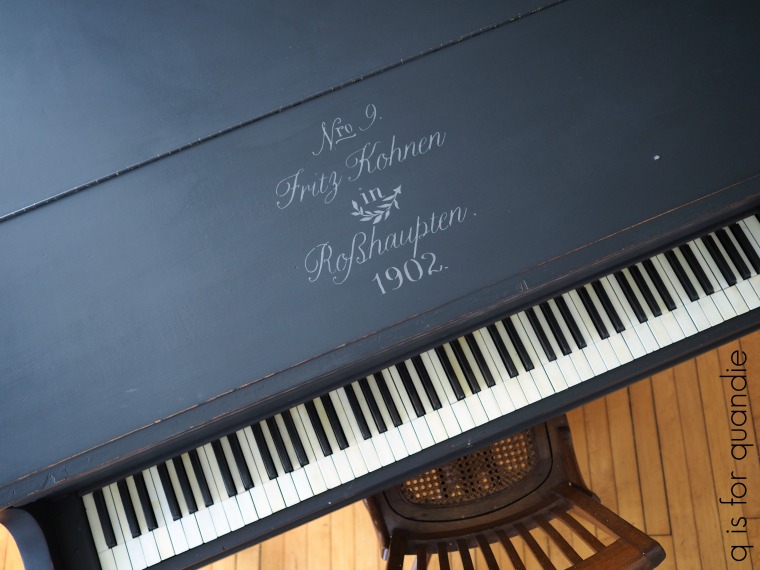 But I think the sheen of the spray paint is messing with that combination.  At certain angles it’s hard to even tell that these chairs have a stencil on them. 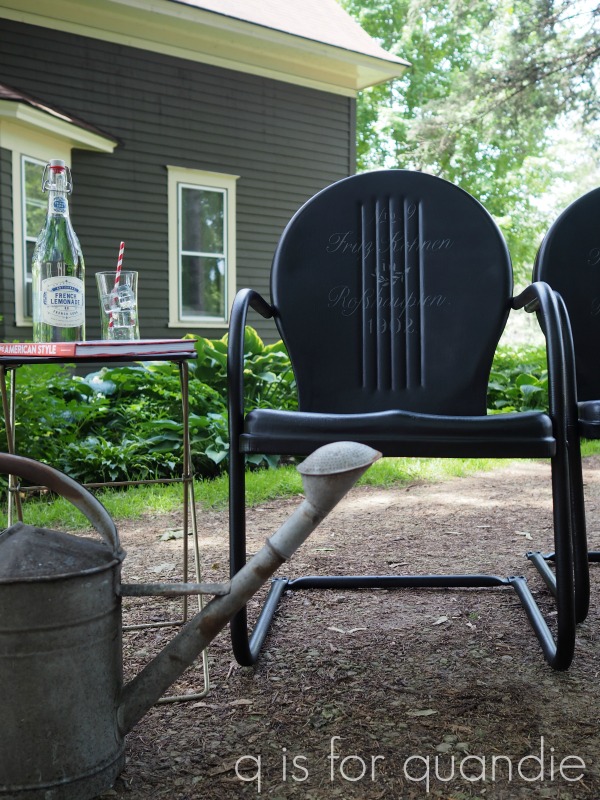 I don’t know, maybe that subtlety works for them? 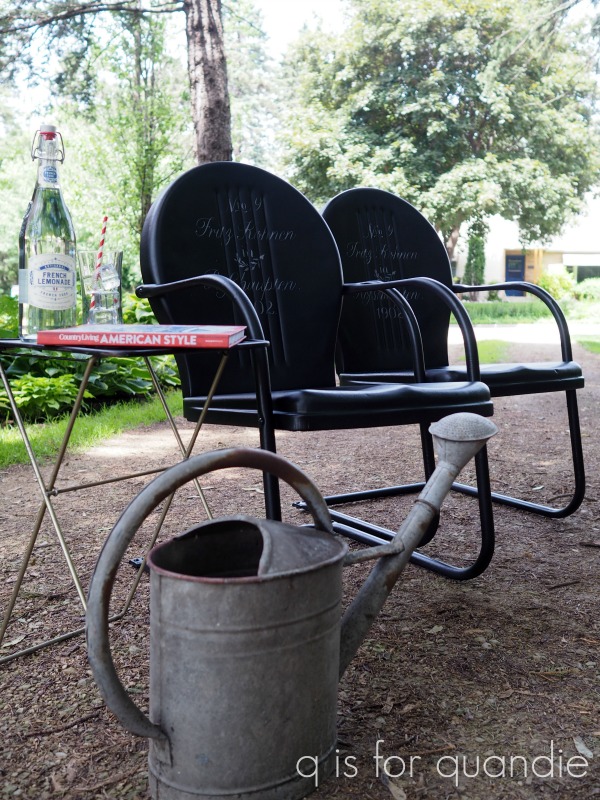 Or should I spray over them and try again with a lighter color?  or maybe a different stencil entirely? 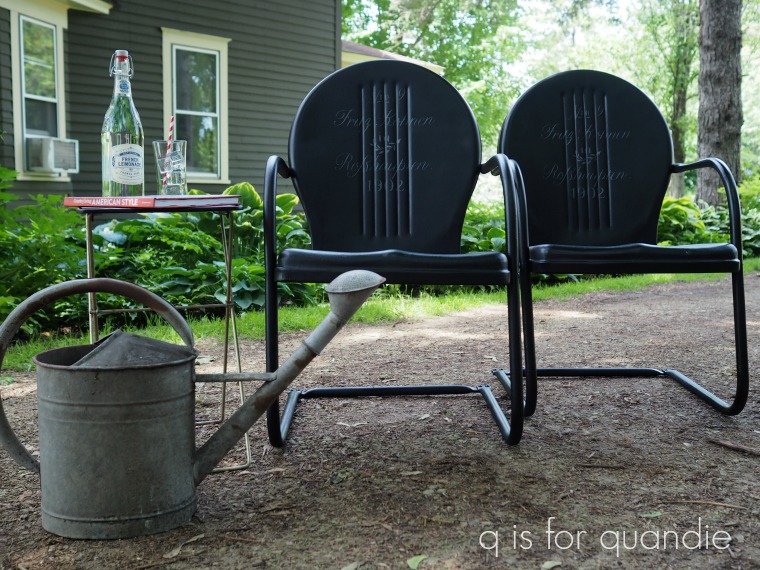 It would be simple enough to do.

Or am I just being too critical of my own work (which has been known to happen)?

Fair warning though, I’m on the road today with my mom and sister.  My cell connection might be a bit spotty so I may not be responding to comments right away.  We are heading to South Dakota to visit my mom’s cousins for the 4th of July holiday.

Speaking of which, my simple staging of these photos was supposed to represent the holiday in question. 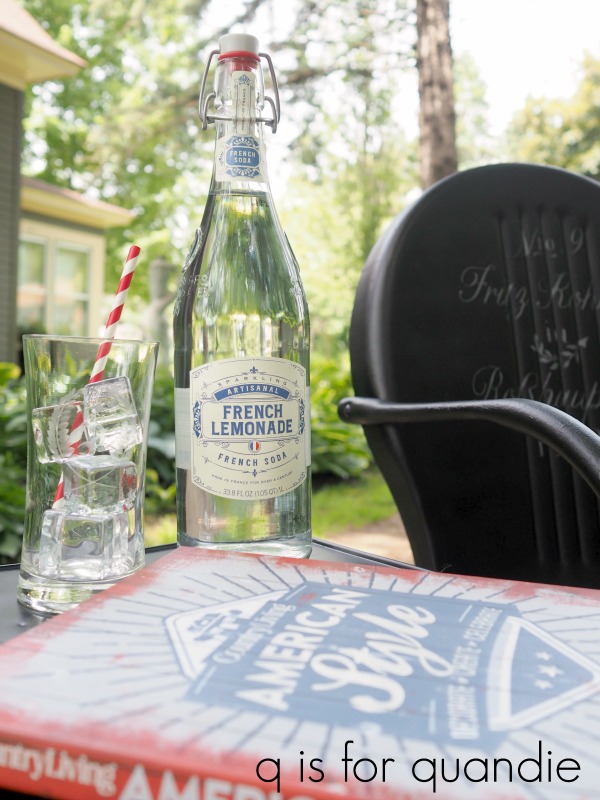 I’ve got the red, white and blue colors right, plus the Country Living American Style book.  But I have to laugh because I’ve paired it with French lemonade and a German stencil on the chairs.  What can I say?  I fully embrace all nationalities.

That being said, Happy 4th of July to my U.S. readers!

30 thoughts on “a pair of motel chairs.” 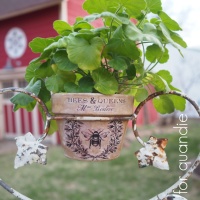 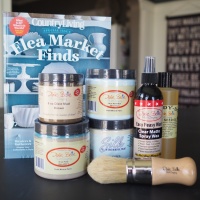 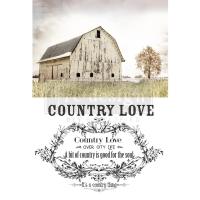 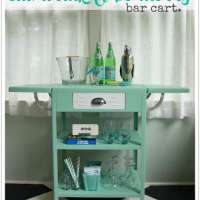