I was in the process of doing some photo organization last weekend, and I decided that it might be fun to share some things with you guys from my pre-blogging days.  I started q is for quandie in November 2013, but I took lots of photos before that.  Lots.  So, I bring you … throwback thursdays!  Yeah, I totally stole that from Facebook, but hey, I can do it too, right?

Our first throwback Thursday features the photo cottage before it became the photo cottage.  Oddly enough, I didn’t share much in the way of ‘before’ photos when I made it over, just one quick photo of the emptied out shell.

So let’s back up just a tad and take a look at the place before it was emptied out.

These photos were taken in 2010, way before I ever thought I’d have a blog.  So yes, I had a ‘she-shed’ long before anyone even coined that term.  Just for the record, I kind of get the heebie jeebies over that name.  I don’t know why, there is just something about it that is like fingernails on a chalkboard for me, how about you?

I called it the ‘summer house’ (a much prettier name than ‘she-shed’), and it was very girly. 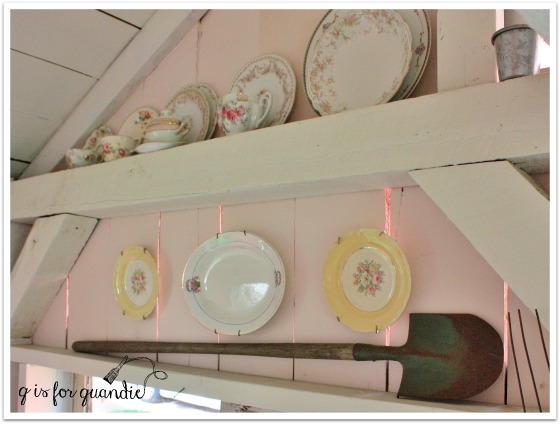 The walls were pink.  I remember the color was called Paris Pink, can it get any more perfect than that?  And I had scads of floral china everywhere. 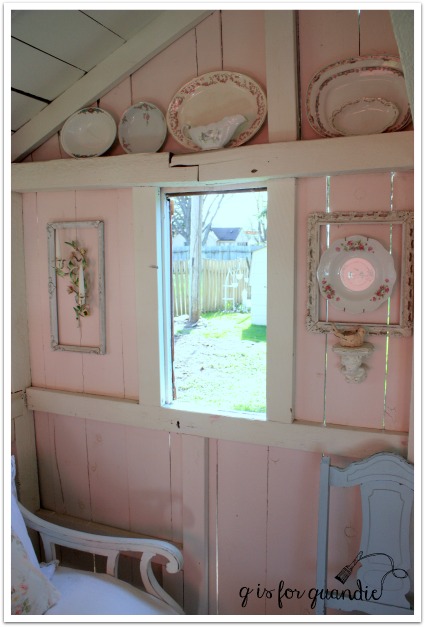 Much of this china was later used for my ‘words on plates’ projects.

I had an awesome chandelier hanging from the ceiling, but it was just for looks.  I don’t actually have any power out there.  It’s a little hard to see in this photo, but I took photo copies of old black and white pictures and wrapped them around the ‘candle tubes’ which looked really cool. 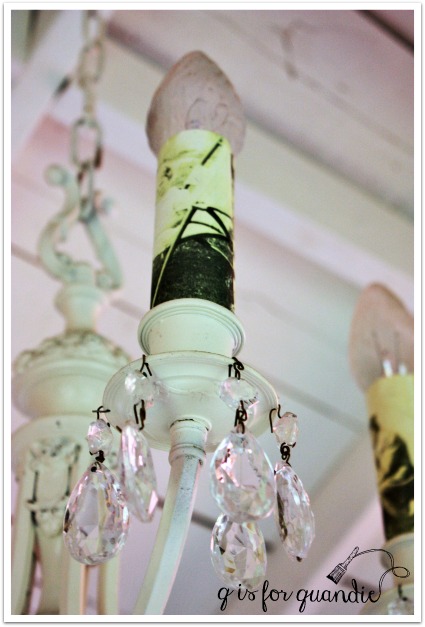 I still have the chandelier in storage.  I’m hoping that I’ll come up with the perfect spot for it again soon.

I had a green wicker chair in the corner next to a little metal garden table with a glass top.

See that wall sconce above the chair?  Does anyone remember those mirrored sconces?  I don’t know what the background story is on these, but they tend to be a dime a dozen at garage sales (were they from Home Interiors maybe?).  They are usually black.  I painted mine white and added the little green teacups to them.  After taking them down, I sold them along with the green chair at my Carriage House sale.

I also recovered the cane back sofa and sold it.

This cupboard is the only piece that I kept in place out there.

and repainting the inside …

you can read more about that {here}.

As much as I enjoyed styling this little cottage back then, the sad reality was that I rarely used it.  I don’t have too much time to spend just relaxing, so when I do have time to just chill out I prefer to do so in maximum comfort.  None of the seating in my summer house was very comfortable.  It looked pretty, but didn’t function all that well.  So I really never just sat out there.  I have gotten a ton more use out of the photo cottage.  Two years after making that decision, I know it was the right one! 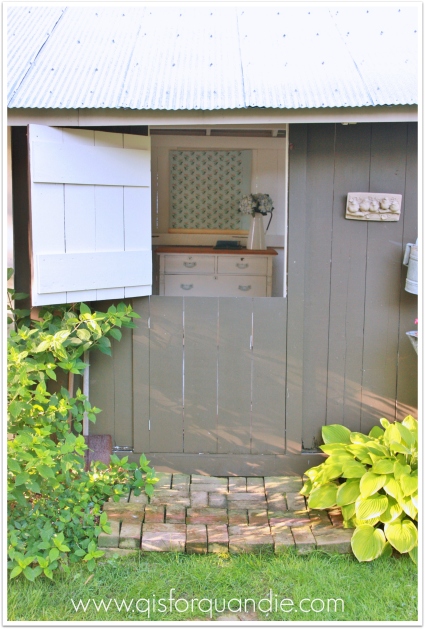 So photo cottage it remains!

I hope you enjoyed throwback Thursday.  I’ve got lots of old photos to share, so next Thursday we’ll take another trip down memory lane, I hope you’ll check back.

17 thoughts on “throwback thursday no. 1” 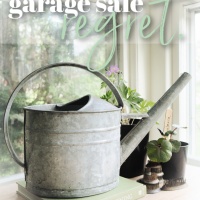 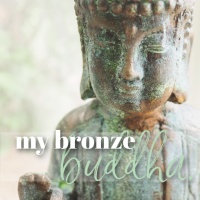 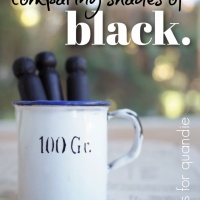