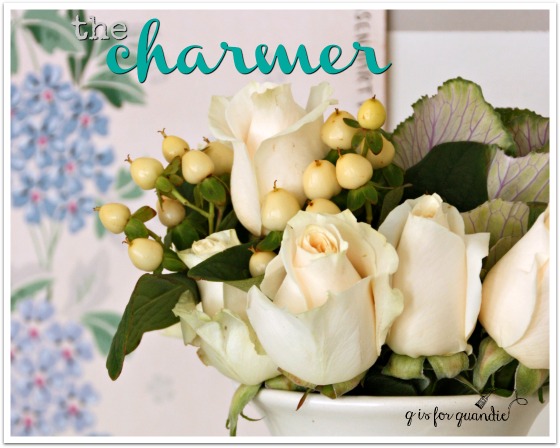 Remember I told you that I sent Mr. Q after two dressers recently?  The first was the ‘how chippy is too chippy’ dresser from last week, and this is the second. 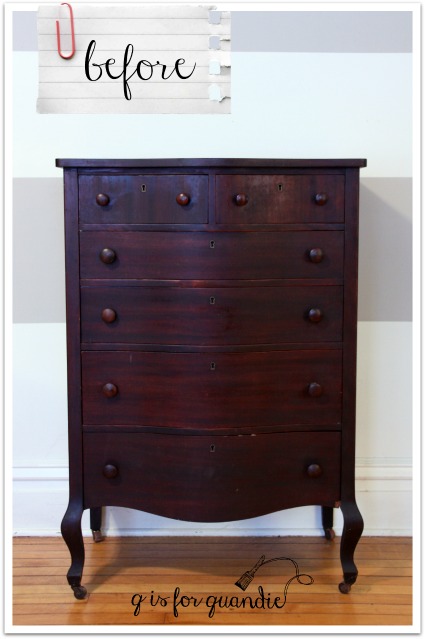 Before getting started on the paint job, there was a small fix on this one that Ken helped me out with.  This dresser must have originally had a mirror.  It would have been mounted onto the back and the mounting would have fit into two notches cut into the top of the dresser at the back.  I did a crappy job taking photos of the fix, so you’ll have to excuse the poor picture.

The lighter piece is an insert that Ken cut to fit the notch.  He used glue to hold it in place, along with a few nails driven in from the back.  I then patched the edges with another new wood filler I’m trying, Elmer’s ProBond in Walnut.

These are the kinds of flaws that make pieces good candidates for painting.  If one wanted to strip and stain this piece, you’d have those two big notches at the back of the top.  Do you try to match the wood?  Do you leave the notches?  Either way you’d probably end up with a so-so end result.  But with paint, the repair is barely even noticeable.  In fact, you might roll your eyes in disbelief, but I totally forgot about this repair by the time I had this painted.  It wasn’t until I started editing the photos for this post that I remembered, ‘oh yeah, Ken fixed this one.’

See, you can’t even tell there is a patch back there can you?

As you can see in the ‘before’ photo, the existing stain on this dresser was dark, dark, dark and had a slightly reddish tinge.  I was fully prepared for it to be one of the dreaded ‘bleeders’.  You know, where the stain bleeds through the paint?  I was pleasantly surprised to find that it was not.  My course of action when I have a piece that might bleed is to paint the first coat and then watch for bleeding.  If I see stain coming through the first coat of paint, then I seal it before moving on to coat number two.  In this case, my plan payed off.  No bleeding after the first coat meant I didn’t have to seal this one, thus saving myself the cost of sealer and the time spent to apply it.

If you’ve been following me for a while, you might know that my usual philosophy is to not fight against the existing color of pieces.  In other words, with a finish this dark to begin with I would usually paint it in a dark color.  Originally I was leaning towards Miss Mustard Seed’s Typewriter (black).  Or possibly the Little Billy Goat Prizewinner (dark blue).  But in the end, this dresser was crying out for light (or maybe that was just me projecting my own feelings onto an inanimate object on a dreary winter day).

After reviewing my paint inventory, I pulled out Fusion’s Inglenook.  Good grief I love this color!  It’s just so pretty. 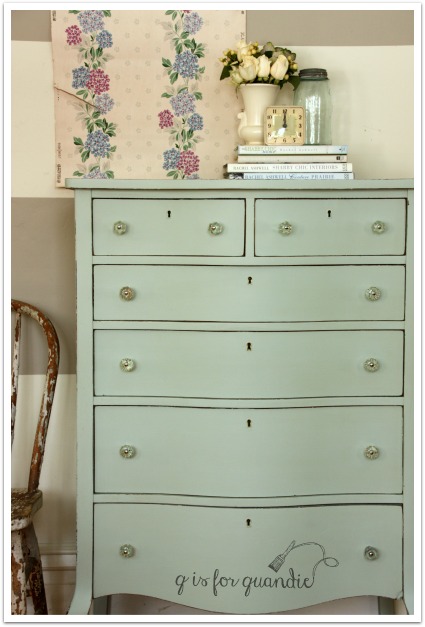 In addition to being pretty, I am once again impressed with Fusion’s coverage.  It did take two coats to cover this piece, but look again at how dark it started out!  Going this light in two coats is pretty impressive.

And of course, the second real benefit of the Fusion, I didn’t have to use a top coat!  I sanded the edges for a distressed look and I was done.  I accomplished this makeover (not including Kens’ repair) in two evenings after work.  The first evening I removed hardware, lightly sanded, wiped it down with TSP substitute and painted the first coat.  The second evening I painted a 2nd coat of paint before dinner, watched an episode of The Blacklist (James Spader, who remembers when he had hair?) while it dried, sanded the edges and replaced the hardware.  Bam!  Done! 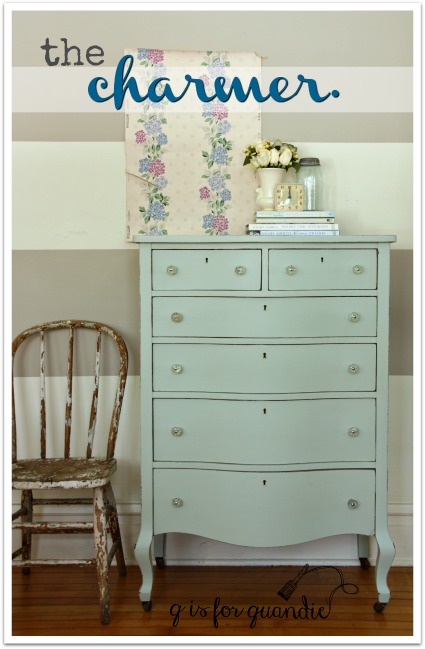 Isn’t this dresser just a little charmer?  I love that curved bottom on the lowest drawer, and the curve of the front two legs.  This piece is just full of subtle curves.  I purposely left the paint job simple so that the design of the dresser could speak for itself.

You’ll notice that I replaced the hardware with glass knobs.  The wood knobs were still in good shape.  I could have opted to just paint them and put them back on.  In fact, I most likely would have done that had I chosen a dark color for this one.  But this color was calling out for pretty glass knobs.  Right?

This vintage alarm clock was the perfect color to use for staging.

So what do you think?  It’s hard not to be charmed by this pretty little dresser isn’t it?

Linked up with:  the FAB Friday link party. 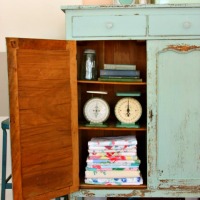 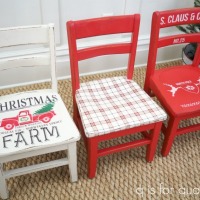