In the year 79 A.D. Mount Vesuvius erupted.  At the time it had been dormant for 800 years, so I imagine that the residents of the nearby towns had no idea what was happening or how to react.  Following the eruption, the town of Herculaneum was buried under 50 – 60 feet of ash.

You can see Vesuvius in the background of that photo, the mountain that has blown its top.  You can also see that Herculaneum sits about 60′ below the ground level of the current town around it. 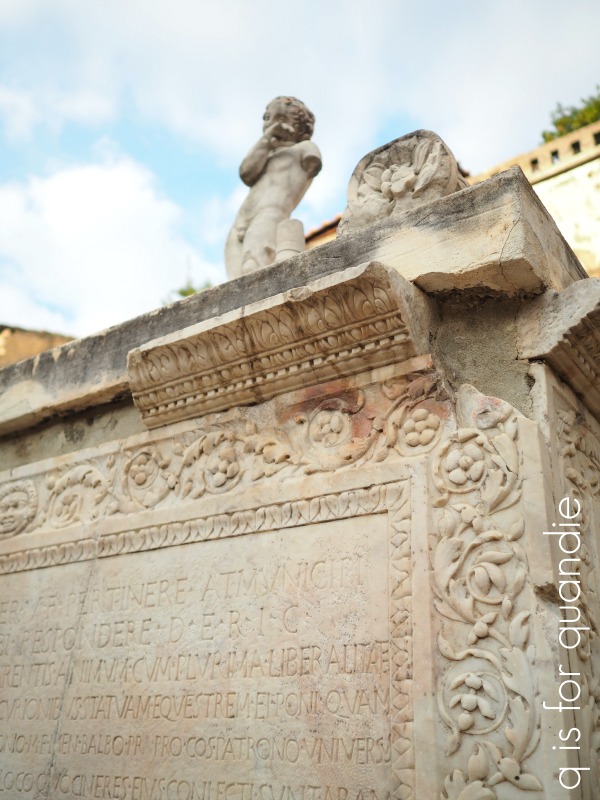 While our ship was docked in Naples last November, we toured Herculaneum.  We were happy to be out enjoying the sunshine for this tour!  Plus, there is just something amazing about walking around a town that was last populated almost 2,000 years ago.

Did you know that fast food is not a modern invention?  Herculaneum’s residents could visit the thermopolium to purchase ready made hot food and beverages served from counters. 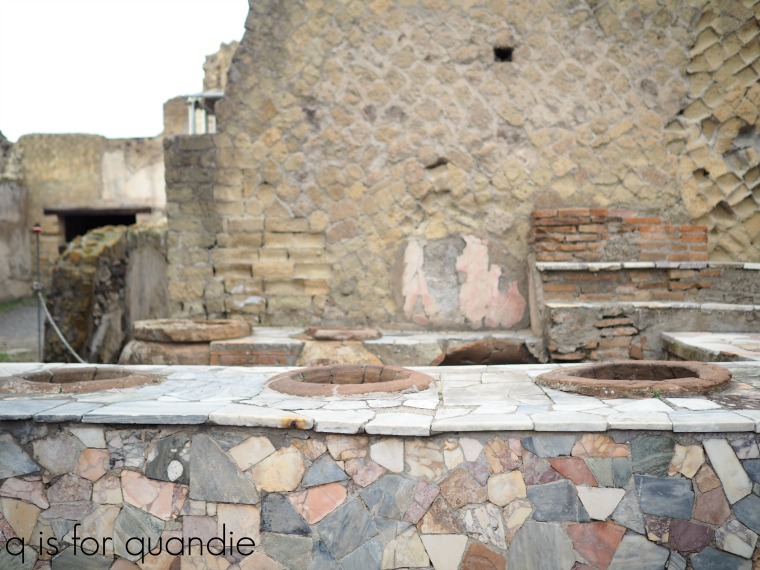 Public baths were also very popular at the time.  Few people could afford a private bath in their home.  The public baths were open to everyone regardless of class and the one in Herculaneum had separate areas for men and women.

In last week’s post I mentioned that most of the mosaics, furnishings and other artwork from both Herculaneum and Pompeii have been moved to the archaeological museum in Naples, however some mosaics are still intact like the Neptune floor in the public bath. 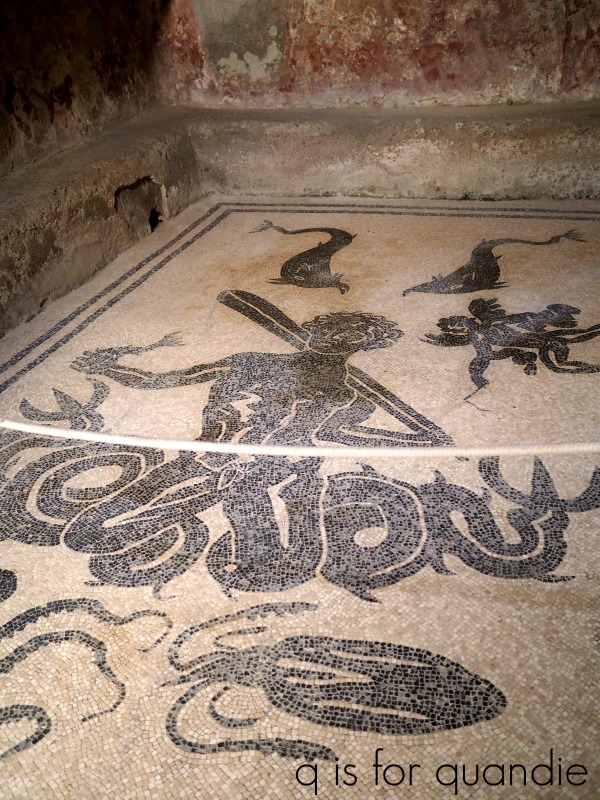 And the amazing mosaics surrounding the garden court of the House of the Neptune.

Many structures were also decorated with beautiful frescoes. 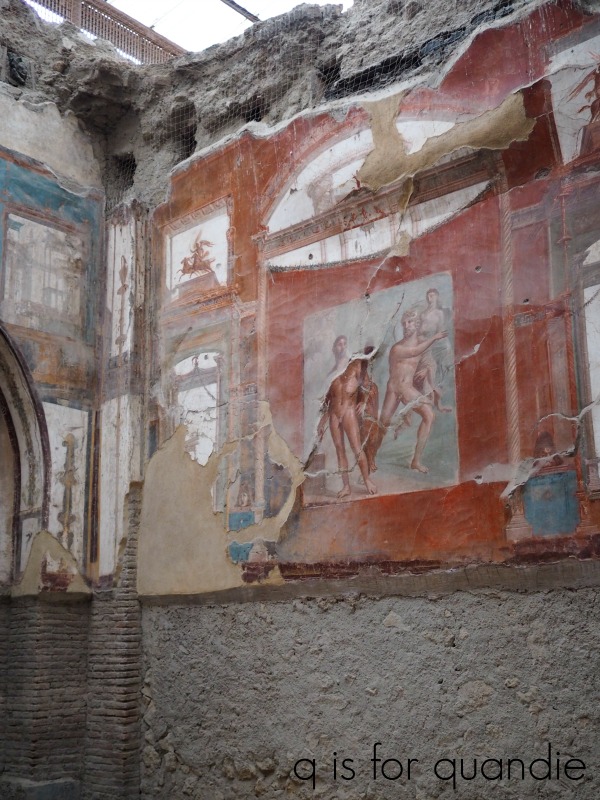 Sadly, many of the residents of Herculaneum fled to some underground boat sheds to shelter from the eruption.  They thought they would be safe in these cave-like structures.

But nothing could have protected them from the surges of extreme heat from the volcano.

These skeletons weren’t excavated until 1982.  Prior to their discovery it was thought that the people of Herculaneum had managed to escape.

It’s sad that the people living around Mount Vesuvius met with such a terrible fate, but at the same time it created such a unique opportunity to study what life was like 2,000 years ago and it was fascinating to tour Herculaneum.  If you ever are in Naples, Italy I highly recommend taking the time to see it! 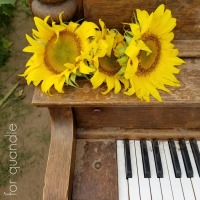