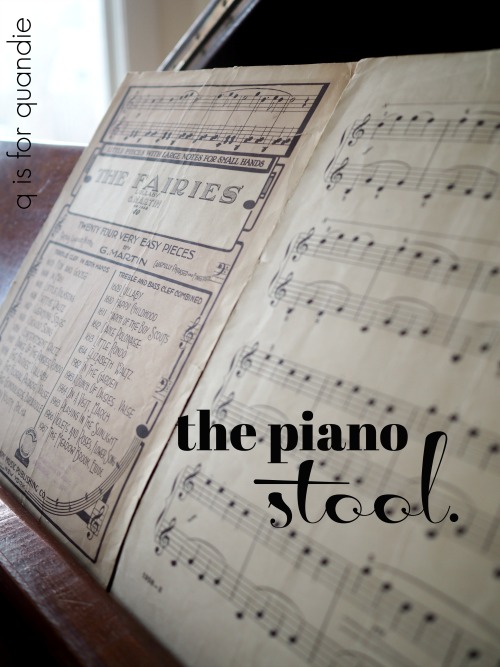 Do you ever make a decision to try something knowing full well that you are probably making a mistake but you just can’t help yourself, so you do it anyway?

You’re so excited to see the end result that you press on full steam ahead even though you know deep down inside that you shouldn’t?

Yeah.  I do that sometimes too and this is a story about one of those times.

You might have noticed the awesome antique piano stool in the photo of the desk that I shared a while back. 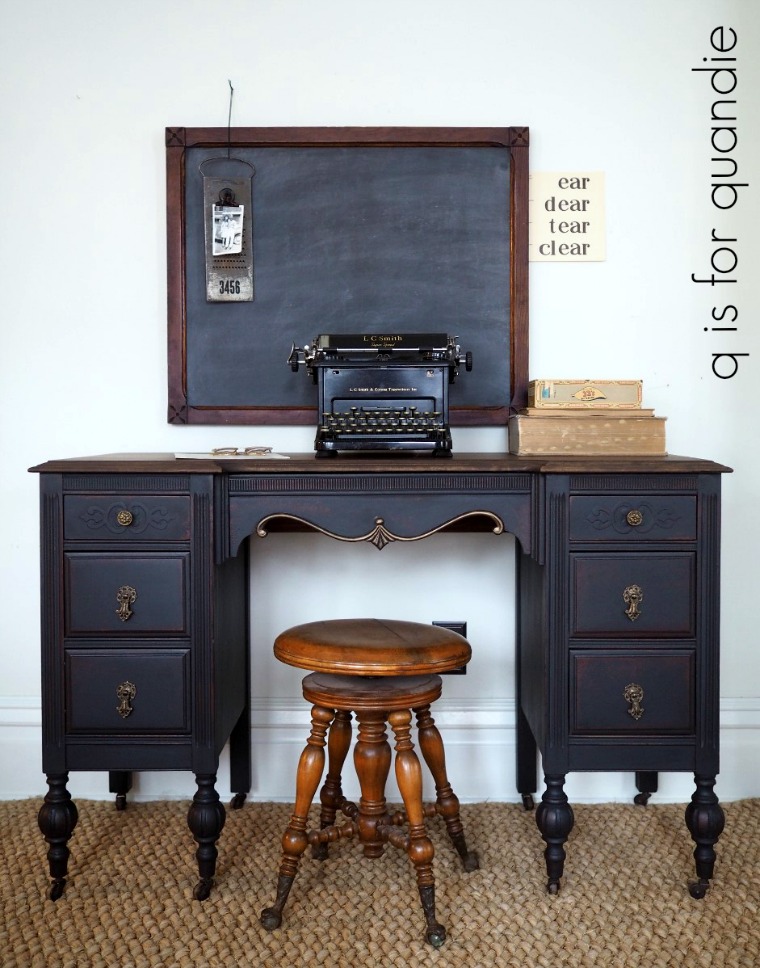 I purchased the stool last summer at a garage sale just down the street from my sister’s new house.

Here’s another ‘before’ picture. 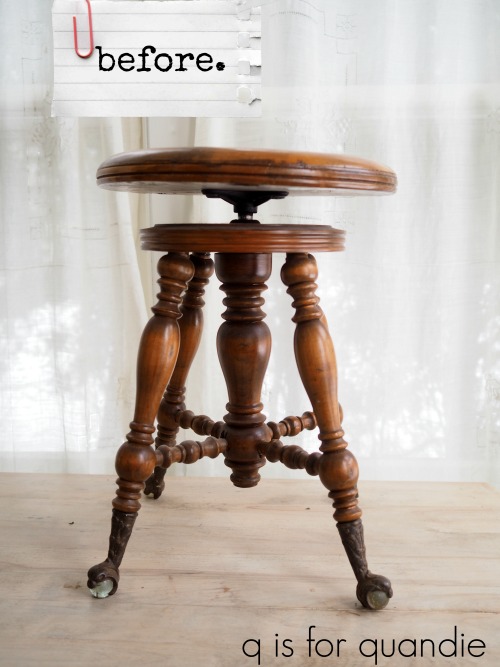 I love the gorgeous ball and claw feet, don’t you?  Although gosh, I guess they aren’t really ball and ‘claw’ because those are actually bird beaks holding those balls, not claws. 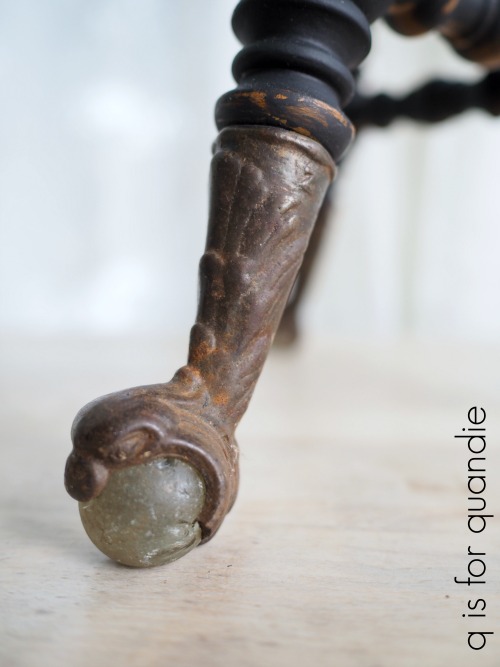 Ball and beak feet?  Doesn’t sound quite right, does it?

Anyway, I wasn’t quite sure exactly where I’d end up with a makeover on this stool.  I thought about painting the entire thing.  Or stripping and staining just the seat and painting the base.

However, when Prima Marketing sent me some samples of their Decor Transfers they included this gorgeous medallion transfer. 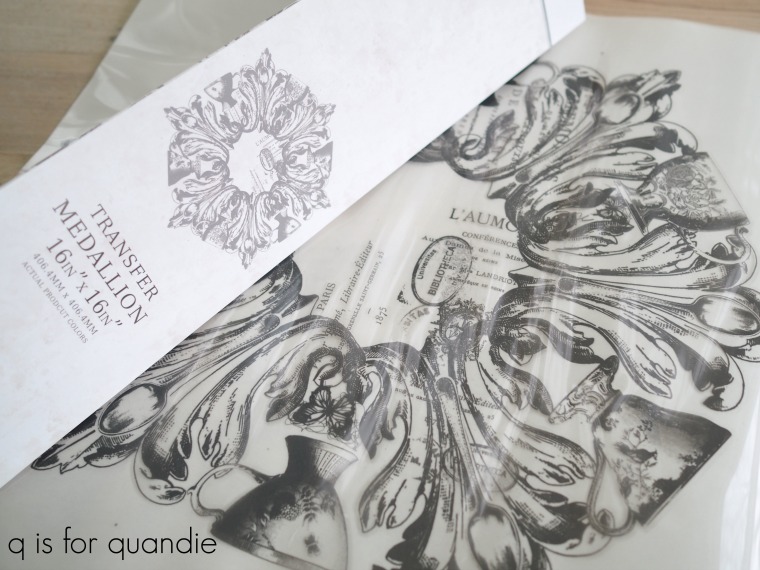 And it just happened to fit absolutely perfectly on the seat of this stool.  It’s as though it was meant to be.

I pictured it over a rustic wood seat, with the base of the stool painted black.

So I started by stripping the seat of the stool using Citristrip.  Then I sanded it down and realized it had some unattractive splotches and stains.  I didn’t want to go too dark on the finish because I wanted the transfer to contrast well with the color of the wood, but at the same time I wanted to blend those stains a bit.  So I thought that using Fusion furniture wax in Espresso would be perfect.  I waxed the seat of the stool which did work perfectly to blend the stains and make them less obvious.  But then this is where I made my fatal error.  I chose to immediately attempt to apply the transfer over the fresh wax. 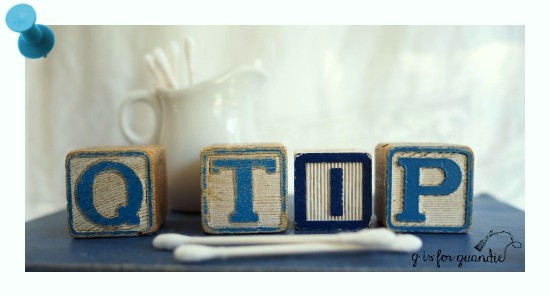 Today’s q tip:  Do not apply transfers over freshly waxed pieces.  You will end up with a sticky gooey mess.  The more you rub the back of the transfer sheet (creating heat with friction and thus softening up the wax even more), the gooier your mess.

Normally you would wax after your add your transfer.  I knew this.  I’m still not quite sure why I did it this way.  But I was so excited to see the end result, so I just kept going even though there was a little voice inside my head that kept saying ‘um, I don’t think this is a good idea, stop now before you ruin a perfectly good transfer‘. 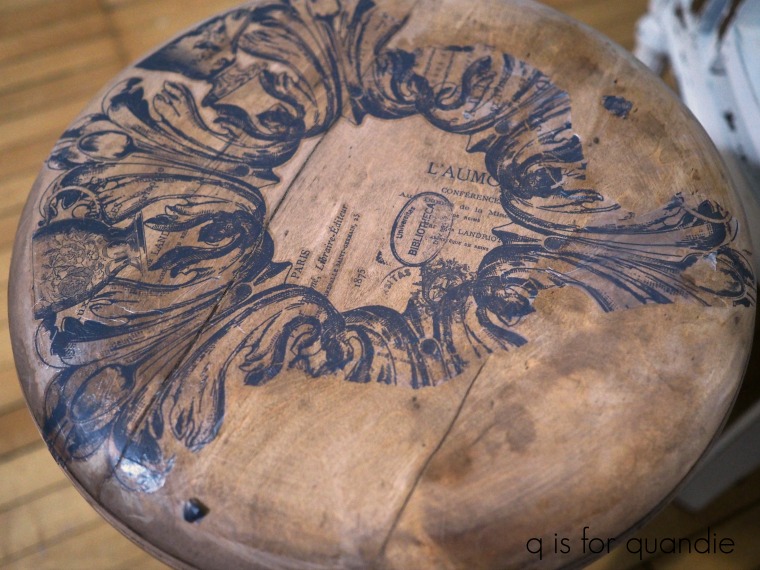 Yeah.  Ruin it I did.  The transfer just wouldn’t stick to the fresh wax.  The more I rubbed to try and make it adhere, the worse it got.

But even though this particular effort was a failure, I could see that the transfer itself was going to look amazing on the wood seat (once I got it right) and fortunately the people at Prima Marketing took pity on me and agreed to send me another of the Medallion transfers.

Thus it was time to start over!

First I had to remove the portions of the ruined transfer that did stick.  If you’ll remember back, I had to remove a transfer once before.  That time I had used one over a dark green color and it was also a fail (aren’t you glad you have me to make these mistakes for you, so you don’t have to waste a transfer on them yourself).  I tried using a razor blade to scrape it off, but that didn’t work at all.  Once these things are adhered, they are on there pretty good (which is a good thing usually, right?).  I ended up sanding that one smooth and then painting over it.

But in this case I didn’t want to paint over it.  I wanted to remove it entirely.  So I tried scrubbing with mineral spirits and a scrubbing pad.  After lots of elbow grease, I had made some progress but at that rate it was going to take me all afternoon to remove the entire thing. 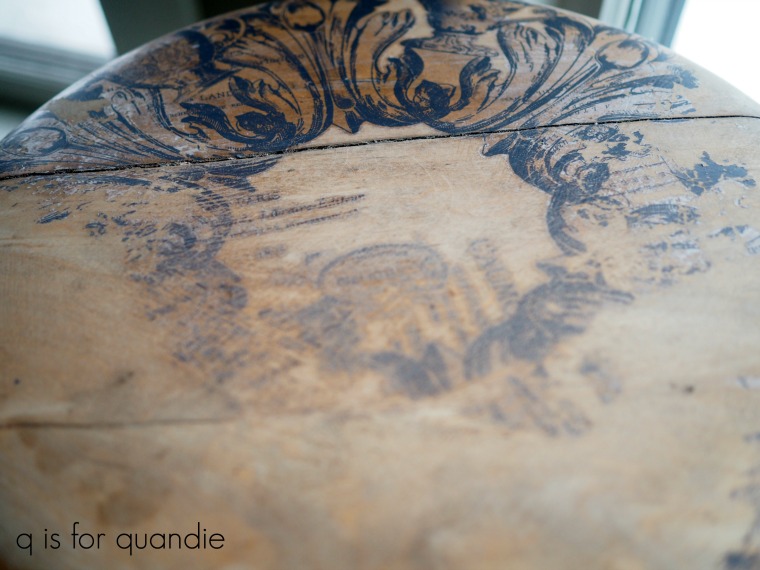 The mineral spirits did remove the wax though which was a good thing.

I finally decided to just break out my orbital sander and sand the heck out of it.  That did the trick. 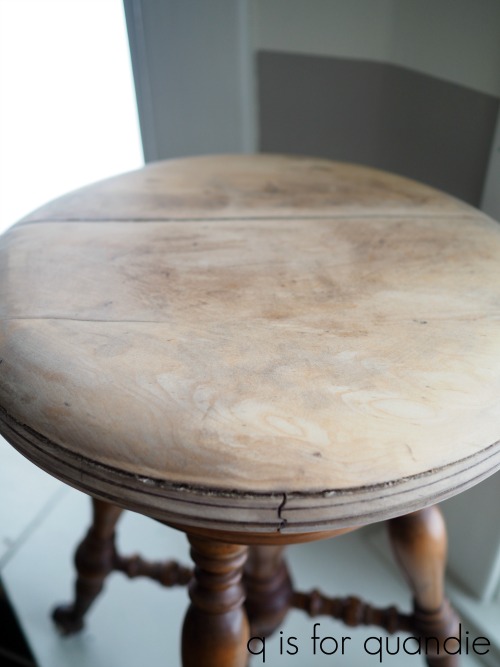 If you’ve ever wondered how well the Prima Marketing transfers  will adhere to your finished piece, wonder no more.  They are stuck pretty good.  It takes 120 grit sandpaper and an orbital sander to get them off.

At this point the original patina of the stool’s seat was pretty much obliterated, so I stained it with Varathane Wood Stain in Early American.  Then I tried again with the transfer.

This time it went on beautifully and quite easily.  It took no more than 10 or 15 minutes to get the entire design transferred onto the stool.  Once that was done, I sanded lightly over the entire thing with 320 grit sandpaper and then added a Fusion’s clear furniture wax over the transfer and the rest of seat. 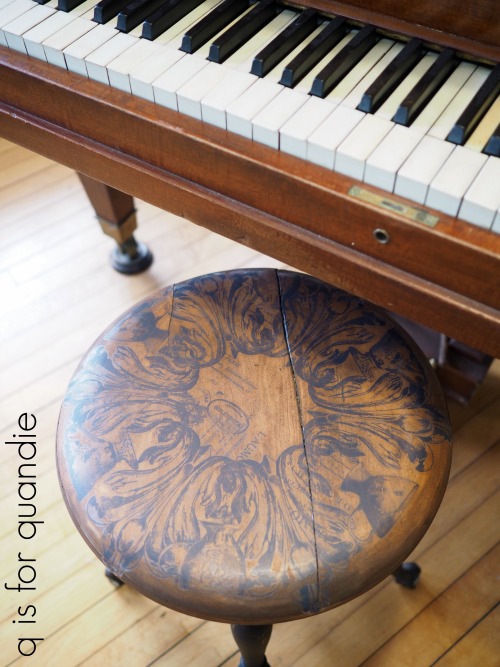 Ahhh, so much better.  And by the way, the base of the stool is painted in Dixie Belle’s Caviar. 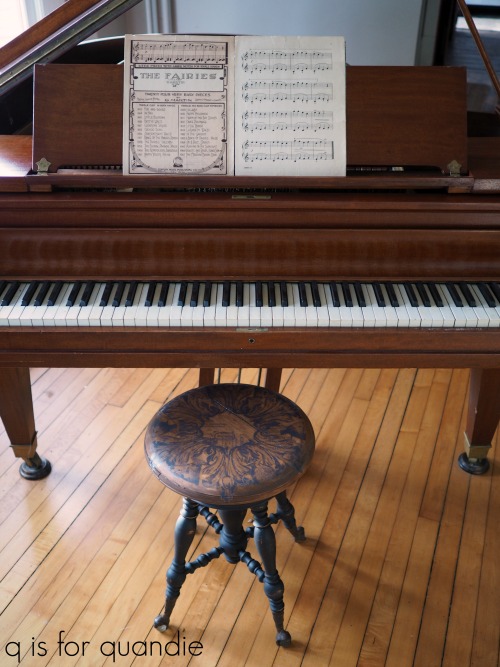 I’m not sure if I’ll keep the stool or not.  I love the way it turned out, but it feels kind of small in front of my baby grand.  I usually have a chair in that spot. 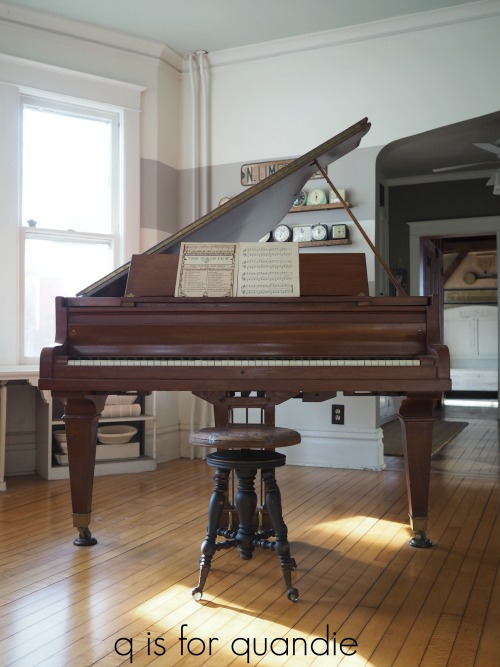 Also, here’s a head up, Dixie Belle sent me all of the supplies needed to paint my piano black.  I’ve wanted to do so for several years now and just haven’t had the courage to tackle it.  It’s big and it has a lot of flip sides and insides and outsides.  But I’m working up the nerve.

But in the meantime, I love how the stool turned out, what do you think?

If you want to copy this idea on a stool or chair of your own, you can order the transfer via Amazon (here is a handy link). 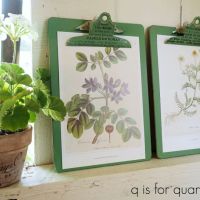 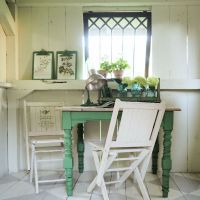 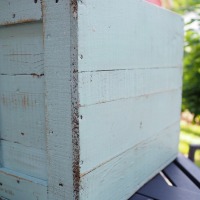 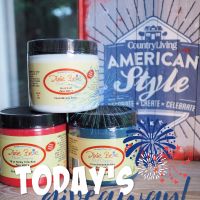 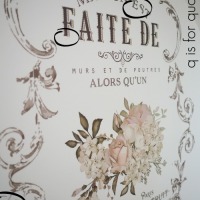