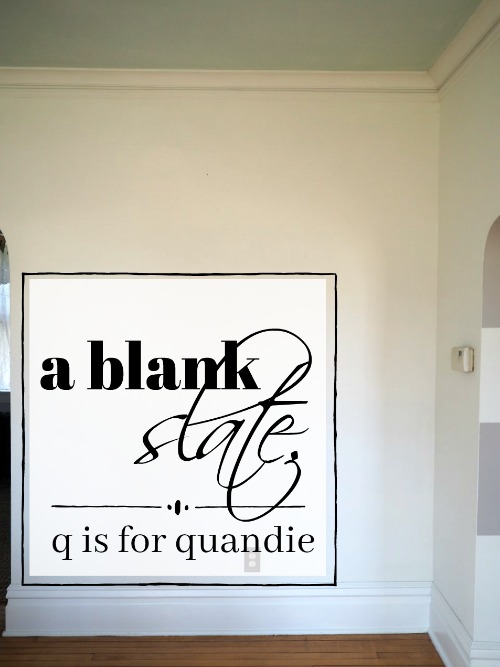 If you’ve been following my blog for very long, you’ll know that I have horizontal grey and white stripes on the wall in what I call my ‘piano room’ (for obvious reasons). 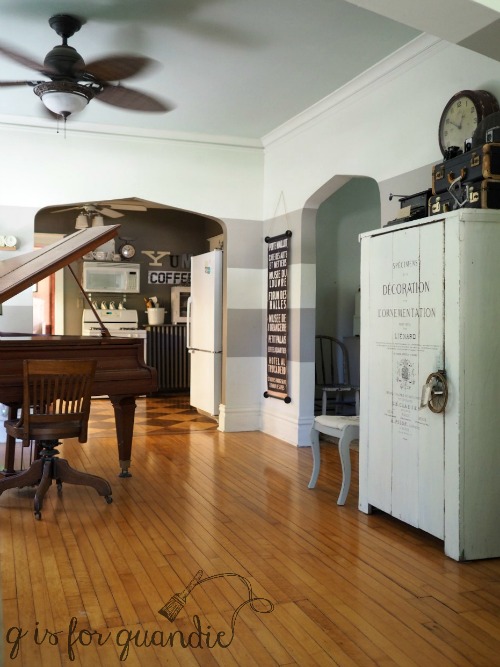 It took me a long time to get to these stripes.  I’ve painted this room so many times since Mr. Q and I moved in.  Well, first I stripped the existing wallpaper and then re-wallpapered with a white on white damask (very trendy in 1988).  Then I stripped that and painted the walls red.  Didn’t everyone go through a red phase in the 90’s?  Next after painting the kitchen its current dark color, I tried bringing that color out into the piano room too.  It looked awful, which I blame on a difference in lighting and a different ceiling color.  At that time the ceiling was still both white and popcorn-ed.  Next I tried a mustard yellow.  That never even made it beyond just one wall before I realized it was a terrible choice. 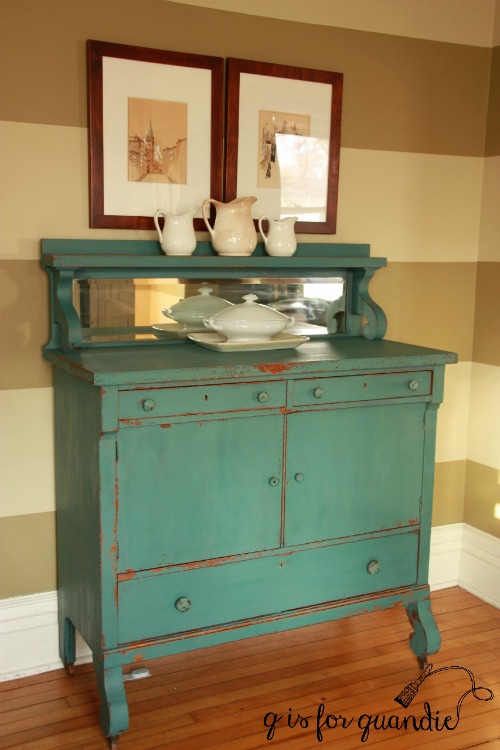 I loved the horizontal stripes, but it didn’t take long after starting my blog to realize that this particular wall in my piano room was where I would have to stage all of my furniture photos in the winter.  And the olive green was not going to cut it.  Especially paired with the Miss Mustard Seed Kitchen Scale that’s on that buffet!

So I switched to white and pale grey stripes.  Somewhere in between there we also had the dreaded popcorn ceilings scraped off and I painted them in a pale aqua blue. 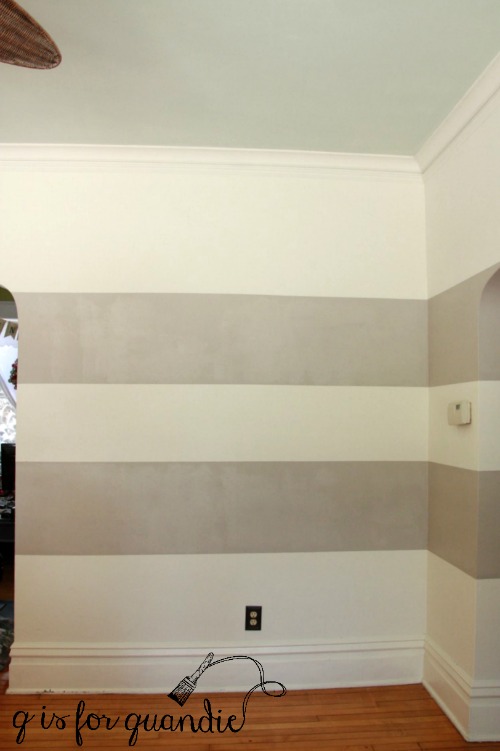 I loved the pale grey and white.  And immediately my furniture photos were improved. 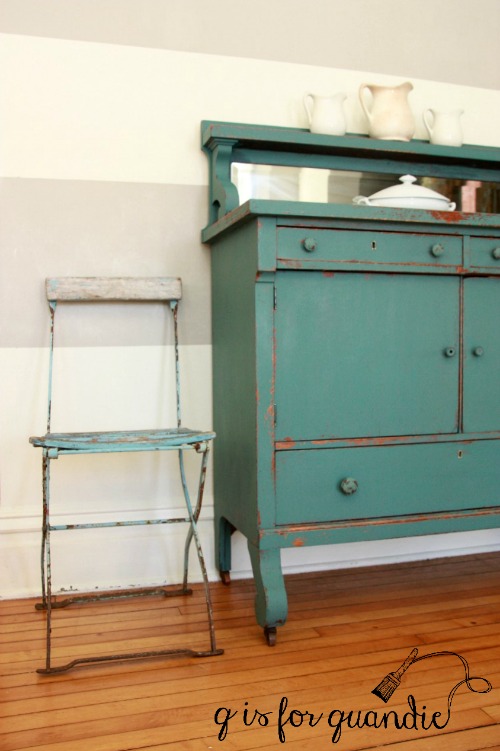 But here we are almost 4 years later and I am absolutely fed up with trying to make those horizontal stripes work as a background for all of my winter furniture photo shoots.

They worked OK for some pieces … 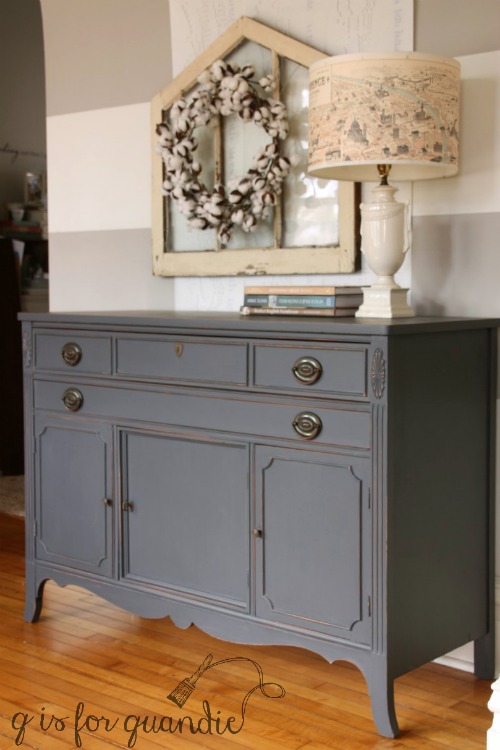 For others they just really didn’t cut it.

I tried covering them up by layering various things over the wall, which helped somewhat. 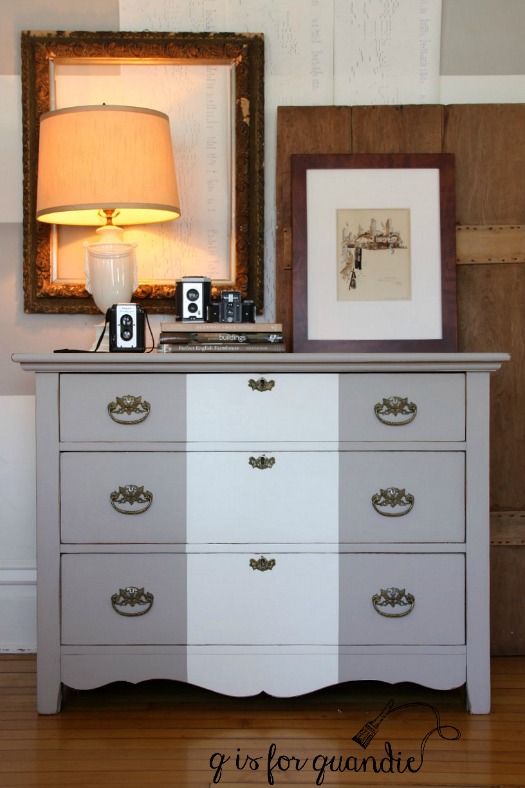 But this year I decided the stripes had to go.  I needed a clean, blank slate to use as a background.

So last weekend I pulled out the paint I used for the white stripes and after sanding the tape lines, I painted over the stripes. 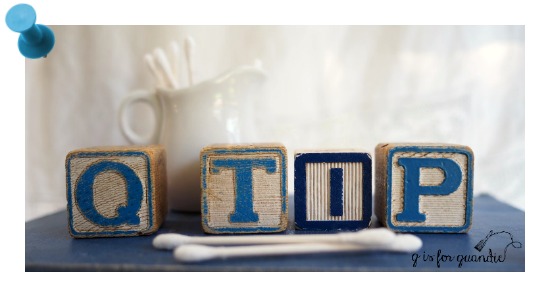 Today’s q-tip:  If you have used tape to paint horizontal or vertical lines on something, always sand over that paint line before re-painting.  Otherwise you will have a visible ridge of paint along those lines.

I was worried that the paint wouldn’t match perfectly and I’d end up having to paint the entire wall from base board to crown molding, but no, it blended perfectly.

And now I have the white background that I have been craving. 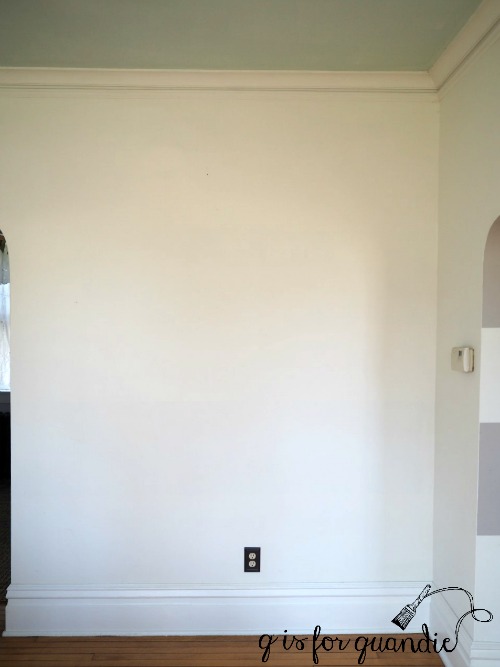 Well, except for that electrical outlet, but look how easy it is to edit that out, and while I’m at it, also edit out the thermostat … 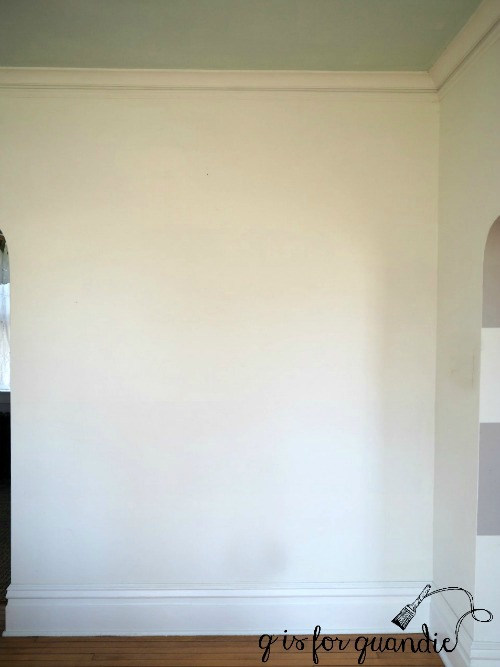 As you can see over at the right edge of the photo, I still have the stripes in the living room.  And actually, I even kept the stripes on the opposite side of the room for now.  I may ultimately paint those out as well, but then again I may not.  I’m going to live with it for a while and see how it feels.

In the meantime, I’m very happy with my blank slate. 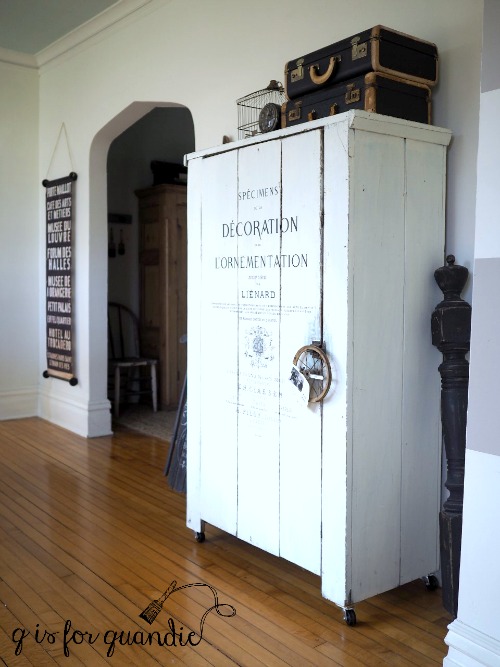 By the way, are you wondering about how practical it is to move that large cupboard out of the way every time I want to take photos of a finished piece?

At the end of the summer, Ken came over and helped me add wheels to the bottom of it to make it simple as can be to move it in and out of that spot. 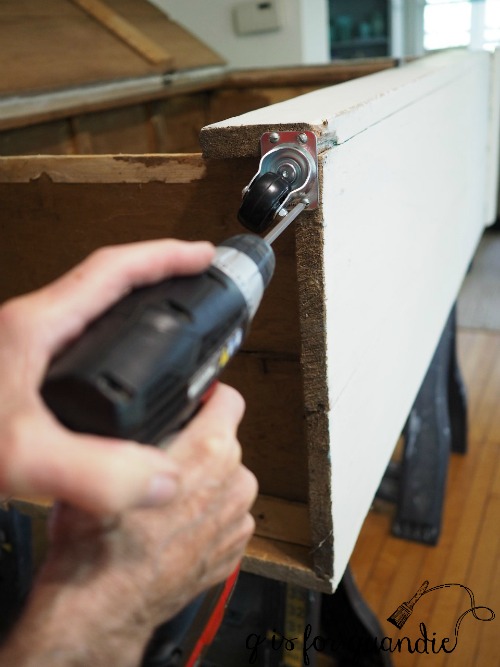 I have to say, I always learn something new from Ken.  This time it was that you can get these extended length Phillips drill bits for your drill.  It made it so much easier to get in there and attach those wheels.

It might seem a little crazy that I’ve painted a wall and modified my furniture just to accommodate blogging, but I’m learning that it pays off to find ways to make the ‘things’ in my life more functional for me.

So if that means a blank white wall and a cupboard on wheels, so be it.  Right? 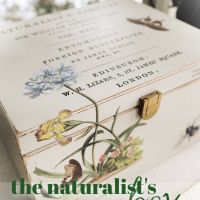 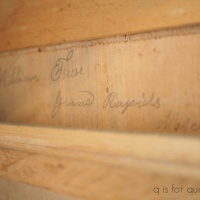 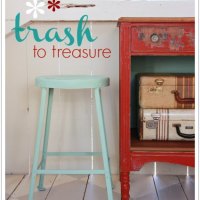 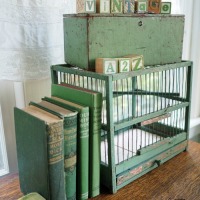 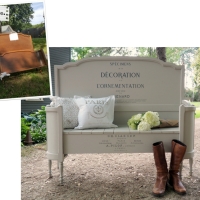