In case you were wondering, the dining set that I posted on Friday did go home with the customer who had dibs on it.  I know the darker top caused her a little hesitation, but in the end she decided she couldn’t pass on it and she bought it.  I hope it looks good in her dining room and that she is happy with the purchase!

Now that I’ve sent a table, 3 leaves and 8 chairs home with her, I have space in my workshop to work on some other pieces.  I started with this beautiful spoon carved dresser. 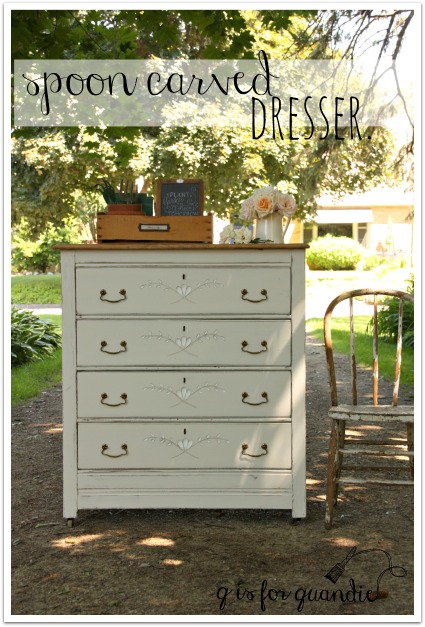 Sadly, I neglected to take a ‘before’ shot, but you wouldn’t have seen much except a typical antique spoon carved dresser.  In fact, it looked quite good on the outside.  That was part of the problem with this one.  You see, nnK’s parents purchased this dresser at auction for me.  They were at the auction for other items, but when they saw this piece come up and realized how low the price was, they decided to bid on it because it looked to be in quite good shape from the outside.

However, what they didn’t realize was that it was in very rough shape on the inside.  The bottoms were falling out of the drawers.  The joints were all coming unglued.  The drawer glides were all worn down.  And so on, and so on.  This dresser was very close to becoming Humpty Dumpty no. 2 (to read the story of H.D. no. 1 click here, here and here).

So I sent this one off to Ken’s workshop without even taking the time to get a ‘before’ photo. 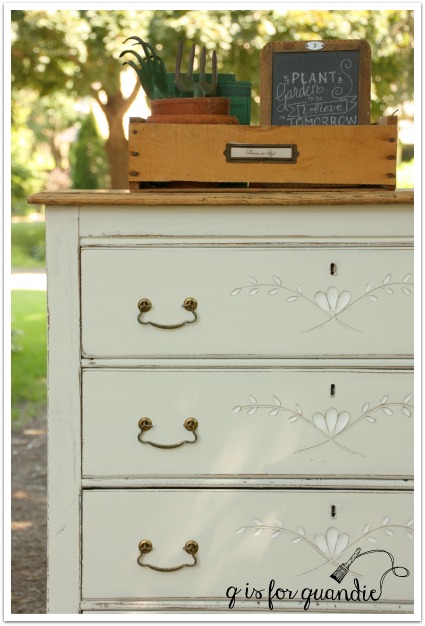 Ken performed his usual miracles and patched it up beautifully.  The drawers now have all new bottoms, they open and close easily and the dresser is very stable.  I can’t say how lucky I am to have Ken to make these repairs for me often enough.  I truly couldn’t do this work without his help.

Once Ken was done with the hard part, I just had to tackle the fun stuff.  I stripped the top which took 4 passes with the stripper and it’s still not perfect.  Luckily I was not aiming for perfection.  I don’t know what kind of poly was all over this thing, but it was thick. 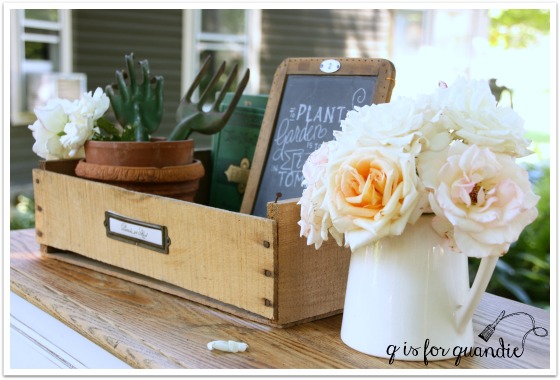 I sanded it down and just added a couple coats of Miss Mustard Seed furniture wax.

I then decided I wanted to paint this one in MMS milk paint in Marzipan.  Let me first explain that I often joke about having a lifetime supply of milk paint.  When my friend Lori closed down her Round Barn Potting Co shop last year, I bought out a huge chunk of her milk paint inventory.  I figured I’d have about enough milk paint to last two years.  Here it is a year or so later and I have gone through about half of the paint, so I wasn’t far off the mark.  But I don’t have multiple bags of every color, and I haven’t done a great job of paying attention to what I do have on hand.  So when I pulled out that bag of Marzipan I wasn’t really thinking about whether or not there was enough left to do the entire dresser.  I assumed I could just open another bag if I ran out.

Turns out I didn’t have another bag of Marzipan, and I didn’t have enough paint in my cup to do a 2nd coat, let alone a 3rd.  Drat!

So I decided to stretch what I had left by adding some Linen.  Here’s a great photo showing the differences between the MMS whites … 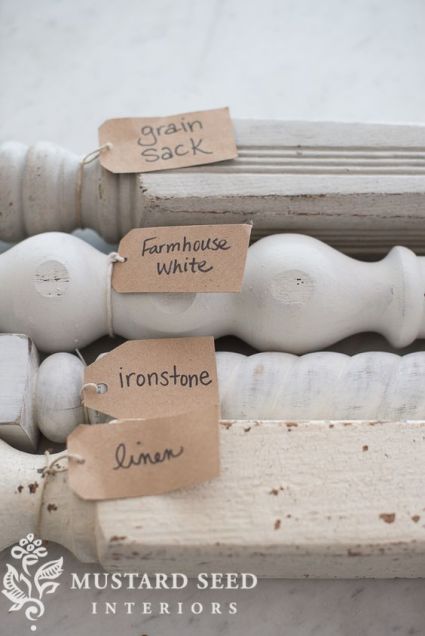 Marzipan is an almond color.  Linen is the creamiest/warmest of the MMS whites.  And I have lots of Linen on hand.  But duh, I didn’t actually grab the bag of Linen, I grabbed Ironstone, the brightest white of the bunch.  I added a spoonful into my paint cup without even noticing.  Double drat!

That lightened up the Marzipan quite a bit!  So, then I decided to go ahead and add a little Linen too.  Why not?! 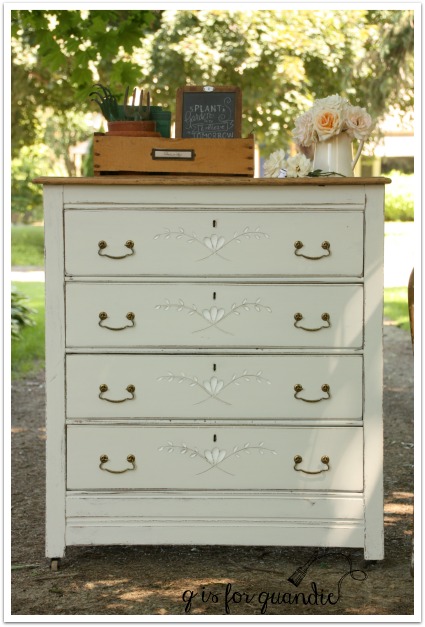 But all was not lost, I ended up with a lovely shade of white.  I couldn’t recreate it if I tried though.

By the way, for those of you who also paint with milk paint, here’s a tip.  If you’ve already painted one coat of a color and you don’t have enough left for another full coat, be sure to mix more paint before even starting the 2nd coat.  Your second batch may be a slightly different color, even if it came from the same bag as your first.  So always make sure you have enough paint left to cover the entire piece.  Obviously in my case my 2nd coat of paint was definitely a different color than the first.  I ended up doing a total of 3 coats on this dresser for good coverage.

Next I used a small brush to paint the spoon carved flowers with straight-up Ironstone. 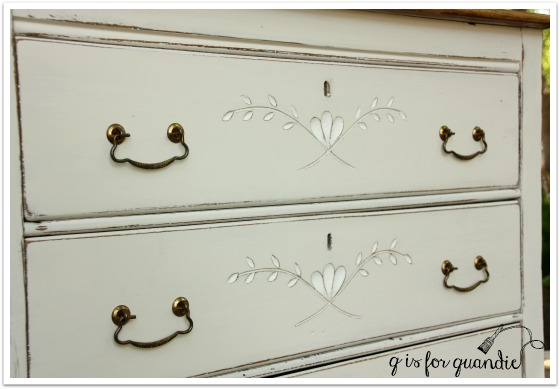 I wanted it to be a subtle difference, just enough to make them pop.

I gotta say, I love the result. 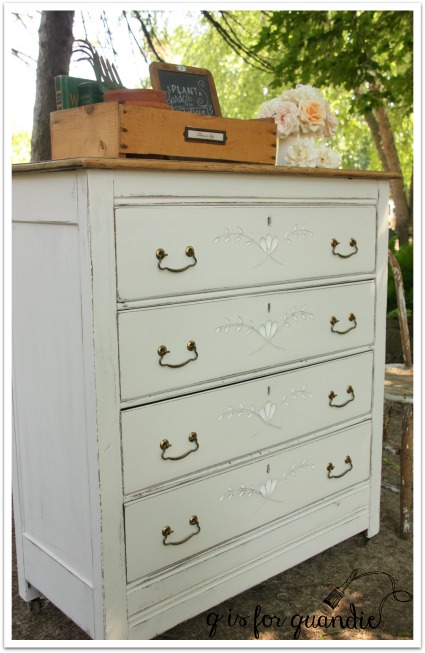 I did not use a top coat.  Miss Mustard herself has been forgoing a top coat lately, so I followed her lead.  I love the look of the paint without a top coat.  I don’t know that I would leave the top of a dresser unprotected in this way, but for the sides I think it’s OK.  Although this probably won’t work well in a home with small children who leave hand-prints on things.

So, not only is Ken an amazing neighbor who fixes furniture for me, but his wife is pretty fabulous too.  She saw me outside taking photos of this piece and she came over to ask if I’d like any roses from her garden to use in my photo shoot.  Who would say no to that? 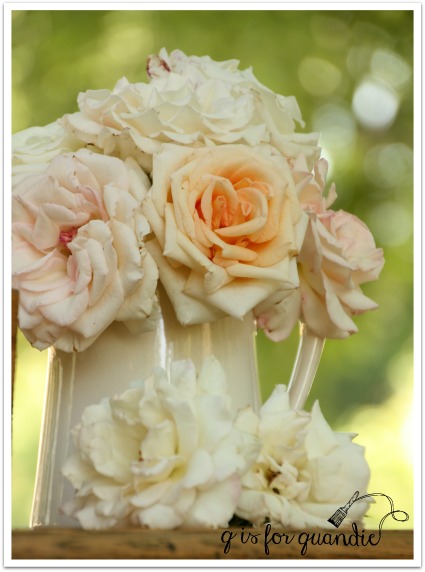 Arlene grows roses in just about every color under the sun, but I specifically wanted just the pale flowers with barely a hint of color. 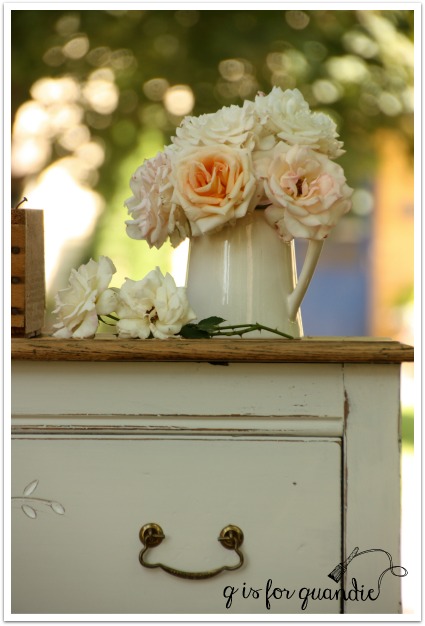 Be sure to check back later in the week when I share some of the stuff my sister and I brought home from the Nokomis sales.  And in the meantime, if you’re in the market for a gorgeous spoon carved dresser check out my ‘available for local sale’ tab for details.

22 thoughts on “a spoon carved dresser.” 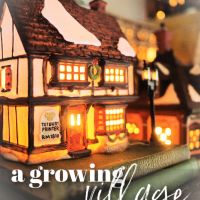 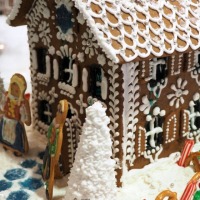 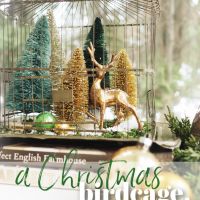 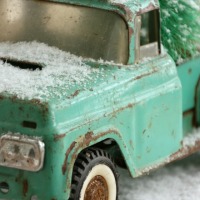 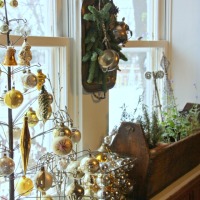 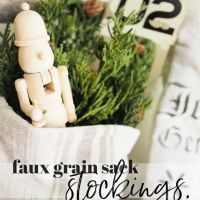 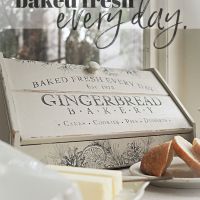 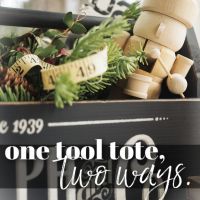